Today (12/18) team Selah arrived in Mayfield, KY. The first order business was to tour the damage-stricken area of downtown Mayfield. Six-days after the tornado touchdown the devastation was still beyond belief and pictures didn’t quite capture the severity. Hundreds of victims were displaced and housed in shelters several miles outside the impact zone; unfortunately, many perished in the wreckage. 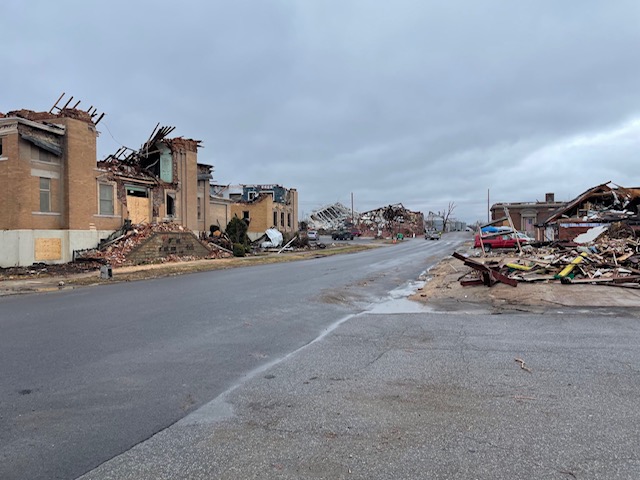 Team Selah next visited with an off-duty Mayfield FD Firefighter at his home an assisted with general debris cleaning up around his property. A second off-duty Firefighter shortly arrived to assist with the team. He shared how he was having emotional difficulties because of the long shifts and the countless body recovery incidents they he and his crew responded to over the past few days. The team prayed with him. We next visited the Mayfield FD headquarters station housed in a temporary building because the main station was destroyed during the tornado event. There we met with a Firefighter who shared he was involved with an incident where he and his fire crew responded to his grandmother home and was deceased in the wreckage. From this Firefighter to the Battalion Chief and several on-duty members shared their difficulties they were having since the tornado hit. Team Selah prayed for their hearts and minds to be calmed and the Jesus intervenes as their personal first responder.

During the late morning the rain began and all pre-arranged outside house debris clean-up work with Gods Pit Crew ministry was delayed. Team Selah diverted to Mercy Chefs ministries where we delivered 125-meals to the community. We provided meals to a mutual-aid staging area for both police and fire personnel at the Grave County Health Department. Next, we delivered food for staff who was handling the coordination of toys being staged for displaced families. This ministry is ensuring children will indeed have Christmas presents under the tree. This was a very touching and heartwarming moments for all of us team members. With the weather still rainy and the outside temperature dropping team Selah reported to the “Northside Baptist Church” to assist with their indoor clothing ministry. Here we offered our assistance with the coordination and operations for displaced victims needing clothing. Team Selah then reported to the “First Assembly of God Church” where we met with BGEA and Samaritans Purse. The team received orientation training from SP and was assigned to follow up tomorrow Sunday (1/19) for volunteer work. 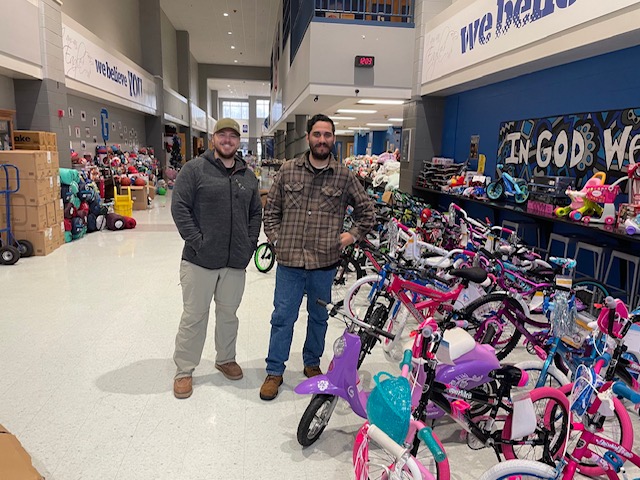 Our last activity was paying our respects for the Graves County Jailer who lost his life while he was escorting others to safety. The county courthouse was severely damaged when the tornado hit; he was not able to flee outside to safety and was killed when the building collapsed. Today was the funeral and team Selah Chaplains stood and saluted the funeral motorcade as they drove through downtown traveling to the cemetery.

The weather dropped down to 40 degrees and it was a wet/ rainy day. Nevertheless, the Selah Hills Chaplain team was dedicated, upbeat and displayed a real desire to serve others. Many saw the Lord Jesus in their actions and their demeanors. I was proud to have served with them today. Tomorrow I look forward to seeing how God leads us! 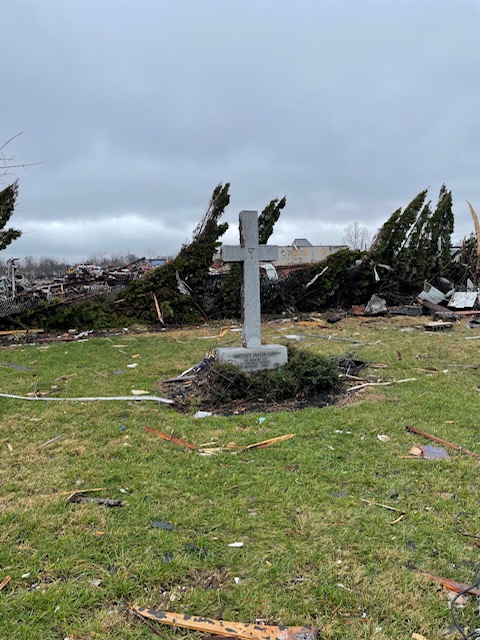 View all posts by Gary Kusunoki